Swetree Technologies is a company which, in close cooperation with Swedish universities, has developed a new type of fertilizer based on the amino acid arginine instead of ammonium and nitrate, which are normally used in plant fertilizer.

Swetree Technologies is a forestry biotech company that specializes in developing and commercializing products and technology to boost forestry production, tree processing, fibre modification and new materials based on cellulose. The company’s arginine-based product, Argrow, has been shown to have several environmental and biological advantages.

Argrow developed out of an environmental project at a nursery for forest trees in 2001. Studies at the nursery showed that arginine is effectively bound to the crop, which reduces the leaching of nitrogen by 40–95 per cent when it rains. This strong binding also means that the total fertilizer required for plant cultivation decreases by 25–30 per cent.

– We discovered that the arginine stimulated the plants’ root growth in a completely different way to traditional fertilizer. At the same time, it was easy to achieve a high nutritive content in the plant while retaining root quality, explains Jonas Öhlund, project manager at Swetree Technologies.

Root development and the quality of the root system are extremely important for forest plants. After having been cultivated under optimum conditions with an abundance of water and nutrients, they are planted out in clearings where the water and nutrient supply is usually low. With Argrow, plants are shown to establish themselves and grow rapidly. This is important as mortality is highest during the initial period after the plant has been planted out.

– Argrow produces a strong plant with adequate nutrients and resources, says Torgny Näsholm, Professor of Forest Ecology and Management at SLU, the Swedish University of Agricultural
Sciences, and continues: We believe that this is because arginine matches a plant’s natural method for storing nitrogen. The plant can thus absorb nutrients easily and efficiently.

Argrow’s potential extends far beyond the Swedish market. Reducing nitrogen leaching to groundwater and watercourses in connection with industrial cultivation is a global environmental issue and the environmental control requirements are getting stricter. Swetree Technologies is seeing growing interest from both private companies and state institutions. Extensive commercial tests are currently in progress on species of tree other than Swedish pine and spruce in North America and Australia.

In another project, Argrow is being optimised for eucalyptus in countries including China and Uruguay. The production of eucalyptus is fertilizer intensive. This is largely because eucalyptus is often cultivated in countries with daily precipitation. The environmental benefits of using a fertilizer that does not leach when it rains are, therefore, particularly high in such countries.

Swetree Technologies believes there is great potential for the expansion of its operations to include areas other than forestry. One example is golf courses. These require large quantities of nitrogen to fertilise the grass and are often located in or close to areas that are environmentally sensitive. 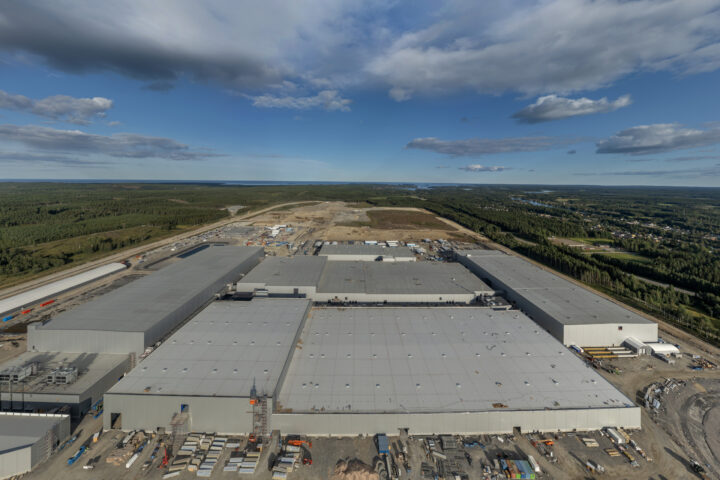