Electricity system 1.0 maintained a clear distinction between producer and consumer. Now we are entering into version 2.0, in which many are both micro-producers and consumers at the same time, placing great demands on the electricity grid. Could energy storage in the form of recycled EV batteries be part of the solution?

At first glance, this might not seem that breathtaking. Fifteen or so green containers on a plot half the size of a football field, with a supermarket and a parking lot as closest neighbours. But when it comes to energy storage, this pilot project on the outskirts of Uppsala is unique.

– You can regard it as a gigantic power bank, not for charging your phone but for serving the whole municipality, explains Arne Berlin, strategist at the Swedish energy company Vattenfall.

Everything started around 2016. Uppsala, located about 70 kilometres north of Stockholm, is an expanding city in a region with big growth plans. The problem was that the planned expansion would entail significantly ramping up the current electricity capacity. 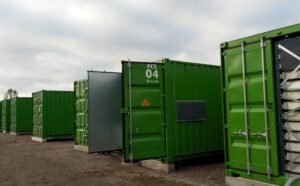 –The municipality contacted the energy provider, Svenska Kraftnät, in the hope of increasing their subscription, says Arne Berlin.

– But they were met with a cold shoulder. There was no headroom on the grid for the projected expansion. This put Uppsala in rather a difficult situation.

Because lots of people were keen to move into the area, as well as quite a few companies, the local authorities were afraid that they would be compelled to turn everyone away. This couldn’t be allowed to happen, and in collaboration with Vattenfall, Uppsala began to investigate possible alternatives.

– One of the ideas they came up with was to build a battery storage facility that could create the space in the electricity grid needed to power the expansion. This would both allow the municipality to grow, and at the same time teach us a great deal about how battery technology can be used to take pressure off the grid, says Arne Berlin.

Lack of capacity is not unique to Uppsala. As society has increasingly become electrified there is a concurrent need to provide electricity, and that trend is faster than the electricity network is able to expand. In addition, the consumption of electricity is poorly distributed both over the day and over the year. A cold Monday morning in January when everyone turns on the coffee maker, the car is charging, heating in the house is turned on to maximum effect and industry moves into a higher gear, a lot more energy is needed than on a hot summer day.

– It’s the same solution you use to remedy rush hour traffic jams. If everyone gets into a car and sets off at the same time, there will be congestion, but if car usage can be staggered over the course of the day and concurrently with the demand for electricity, there will still be more than enough capacity, observes Arne Berlin.

Although the use of renewable energy in electricity production is on the rise, this is unevenly distributed. 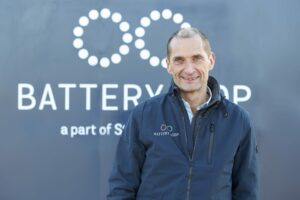 – At the height of summer, the sun shines most in the middle of the day, but at that time energy needs are comparatively modest, says Rasmus Bergström, CEO of the energy storage company BatteryLoop in Gothenburg.

– But if you have an energy store, you can save and move energy to where it is needed, both in time and space.

Combine that idea with the need to create greater circularity in society and you have the rationale for BatteryLoop. The company was started about three years ago by the recycling company Stena Metal, who was puzzled about what to do with all the discarded car batteries that were being handed to them.

–When a battery is no longer good enough to be used in a car or bus, it still has around 80 per cent of its capacity left, explains Rasmus Bergström.

–We link these superannuated batteries together to create smart, portable energy stores.

These energy stores come in different sizes, from as small as four EV batteries up to twenty-five.

– A typical customer of ours is a condominium association with solar cells on the roof and charging points for the cars of residents, and who want to be able to make use of the solar energy being captured even when cars are not charging.

And interest in this type of solution is mounting all the time. BatteryLoop has grown from 15 to 33 employees in the last year alone, and it is more a difficulty of finding the right skills than a lack of demand that stops the company from growing even faster.

Arne Berlin at Vattenfall also envisions a more flexible energy market, in which the need for temporary storage will increase.

– That doesn’t mean that these facilities will need to be as big as the one in Uppsala. We are starting to move over to electricity system 2.0, where everyone is both consumer and producer, and the flow of electricity is bi-directional. Perhaps all those parked EV vehicles with fully charged batteries can act as a kind of energy storage, and owners can sell the electricity they don’t need. Treating our customers as a resource and working out how we can collaborate going forward is going to be very exciting. 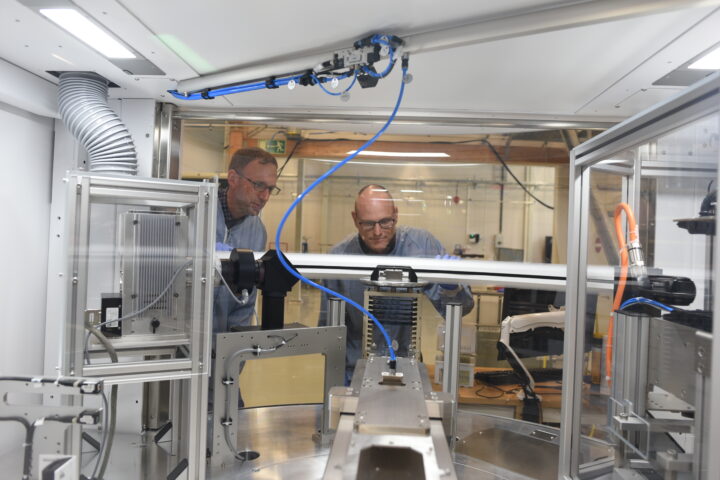 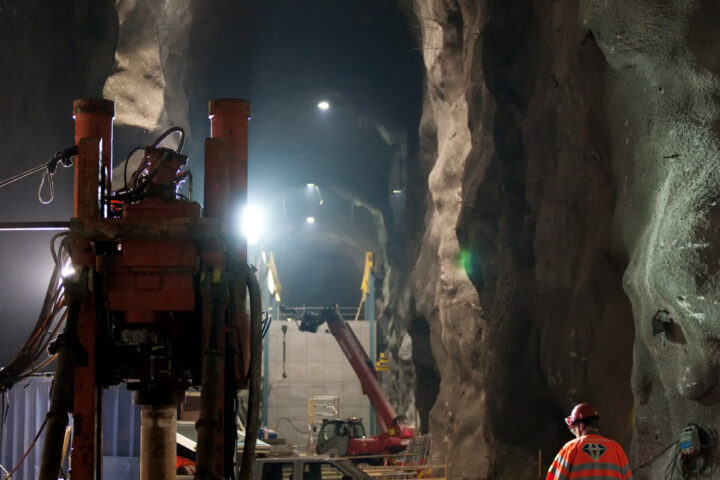