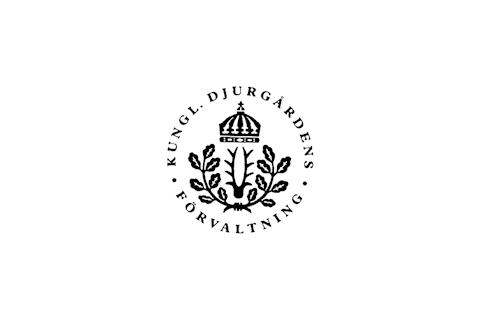 On 22 May 1286, large parts of Walmunzö (“Walmund’s Island” – the southern part of Djurgården) were acquired by Magnus Ladulås.

On 22 May 1286, large parts of Walmunzö (“Walmund’s Island” – the southern part of Djurgården) were acquired by Magnus Ladulås.
The name Walmunzö refers, conceivably, to King Waldemar, eldest son of the legendary Birger Jarl.

In the 15th century another king, Karl Knutsson, acquired “Walmund’s Island” through an exchange of lands with Klara Monastery, and Djurgården has been owned or administered by the ruling monarch ever since.

16th and 17th century
Djurgården was thinly populated in the 16th century and mainly used as grazing land, King Johan III turned it into a hunting park, for which in 1581 he purchased ten reindeer, later adding deer as well.
Queen Christina was a frequent visitor to Djurgården, for ballets and firework displays. Later in the 17th century, Charles XI enclosed the hunting park. In the reign of Gustav III the emphasis shifted to amusement and recreation, and several taverns were established.

Djurgården, though, was an inconvenient place to get to. The 16th century historian Olaus Magni describes “sculling girls conveying lads and maidens out to play and disport themselves.”

Rosendal and the 19th century
Rosendal Palace was built for Karl XIV Johan (the first of the Bernadottes) between 1823 and 1827. Ever more splendid villas began to appear, such as Parkudden, Sirishov, Täcka Udden and Wicanderska Villan.
The 19th century also witnessed the birth of Cirkus, Hasselbacken, Gröna Lund, Skansen and the Nordic Museum, not forgetting many places of amusement on Djurgårdsslätten (“Djurgården Plat”).

The first regular land transport links were a horse-drawn omnibus service between Gustav Adolfs Torg and Blå Porten and, starting in 1877, a tram service – also horse-drawn – from Slussen.

The Stockholm Exhibition took place here in 1897, and many of its buildings are still extant, especially round about Lejonslätten (“Lion’s Plat”).

Great mansions
The great mansions of Oakhill, the Thielska Gallery and Waldemarsudde, all designed by the architect Ferdinand Boberg, were built in the early years of the 20th century.
Changes in the past half-century have included a number of new attractions, such as the Vasa Museum, Junibacken and Aquaria.